How and why to use Paper.li

and how to use it

For those who a 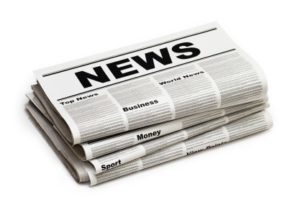 ren’t familiar with Paper.li it’s essentially a ‘newspaper’ about whatever you want to share and it’s easy to use. Simply go to the site and sign up. There are two versions – free and paid. (More on that later.)

Give it a title but think long and hard before choosing one. Don’t make the common mistake of naming it ‘YourName, Author‘ or ‘RomanticTitle Series‘, because using your author name is a giveaway for ‘buy my book’ promotion and if you go off that series track you have to remember to go back and rename your paper.li.  You want to consider it as part of your marketing plan but you don’t want to be obvious about it or no one will read it.

Since I write self-published fantasy, and that’s usually associated with sci-fi, mine references that. And, since no fantasy writer worth their salt shouldn’t also know something about archaeology (to ground their fiction in reality) and people are interested in that science, I reference that, too.

I’m also interested in giving back to other writers and educating them on the common mistakes many writers of fantasy make. Food, for example, was a lot harder to come by, you had to forage for vegetables and fruit, and it took a lot longer to cook. Say you have a character who takes down a bird or a deer. In some fantasy novels, writers roast them on a spit. A bird will take a fair amount of time. A deer is bigger than you think, it takes half a day to roast that way, with frequent turning.  As another example of a common mistake, do you know why ancient peoples used chariots? Because most early horses couldn’t carry a person. Centuries of selective breeding (evolution) created an animal that could. Even so, a horse will take a long period of time, even with its longer legs, to get from point A to point B. More so if hitched to a wagon. And they get tired.

So, back to Paper.li. You can give it certain parameters to search for and feature, but some come with it. In both the free and paid versions there are marketers who pay paper.li to feature their market. Unless you pay the marketers for the ad, they probably won’t feature you.

You can get around that, though, by linking your Paper.li newspaper to your Facebook book page (absolutely not your personal page, there are things you may not want to share with total strangers), your blog and your Twitter account. By doing so, posts about your book, WIP, cover reveals, etc. show up on your Paper.li page, and then on Twitter…but not always.  Paper.li reserves the right to post what they want, so 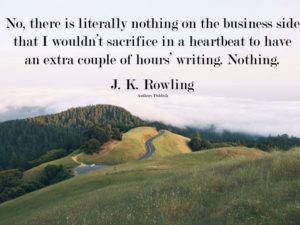 there’s no guarantee that your post will show up.
The best part about it is you set it and forget it.

To be honest, it’s a fairly cheap marketing tool as long as you create interesting content. The paid version can be done monthly or yearly, and automatically deducted from your Paypal account. Never, ever, link to your personal account. Paypal, et al, has been hacked or breached, but they are responsible, and they should only be attached to an account you designate – like a charge card.  Report it to both, and either way, you won’t lose much.

For myself, though, after nearly a year, I opted to return to free. I’m never sure about the ROI (return on investment). The one thing I am sure of is that it gives me a certain amount of name recognition. There are one or two authors who learned about Paper.li from me and credit me. If their page is worth retweeting, I do.  Paying it forward. 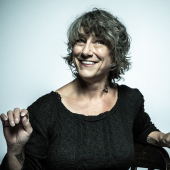